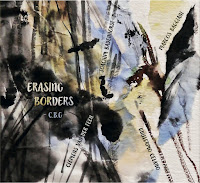 + Erasing Borders, the last recording of the C.B.G, has just been released through Trytone records, (you can get it in this link :) Please read these reviews:

THE WIRE
"This is political art that doesn't get in the way of some great music.
...Celano and Baggiani, both based in Amsterdam, recently took on bassist Clemens v d Feen and reeds player Joachim Badenhorst in their long-established group.
Celano spices his cohesive compositions with stylistic quirks, creating intensely melodic and refreshing frameworks for improvisation – a rare gift"

This is jazz today
"This modern jazz-rock quartet likes to start with a mess, make it even messier, and just when you think it’s all about chaos and confusion, they slip in a stunning melodic phrase that gives the music an entirely new and different face.  Guitarist Guillermo Celano, bassist Clemens van der Feen, drummer Marcos Baggiani and Joachim Badenhorst on tenor sax, clarinet & bass clarinet team up for a set of tunes with plenty of edge and all kinds of heat to spare.  Strangely attractive music, first, for its happenstance, wild demeanor, and then with the passing of time, for the unexpected turns of phrase and tone that keeps the music fresh and exciting."
Sept 2015 - Dave Sumner


JAZZNU
"A volcano that erupts over and over again, mother nature constantly exploding into new forms.
Replace the volcano with music and you get the same effect, at least if you listen to CBG: the Celano/Baggiani Group.
Erasing Borders is an amalgam of different styles, which are connected by the far-reaching improvisational art of the four performers.
Without exaggeration, you may call the C.B.G a "star line-up"
July 2015 - Rinus v d Heijden

Jazzenzo
“Impetuous jazz with an statement… Imaginative, with compositions influenced by improv and displaying the individual qualities of the quartet”.
june 2015 - E. Elsinga


+ Dalston Sound (UK, july 2015) has reviewed at once my last 2 releases at Trytone Records. 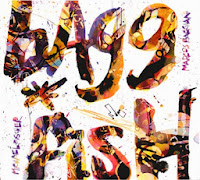 bAgg*fisH my duo with Vienna Improviser Michael Fischer
A very interesting detailed review; thanks a lot Tim Owen for your kind words.

"Erasing Borders is C.B.G.’s  fifth album, and testament to their maturity as a unit…"
Please check the whole review here

+ And last but not least, a 4,5 star review of Antimufa's album 'New Ways Of Argentinean Music' (Patagonia Records), written by Ken Vos in Jazzism #5 - Sept 2015.

"Perhaps this kind of music also exists in Argentina, but this album is certainly a great asset for the rest of the world" 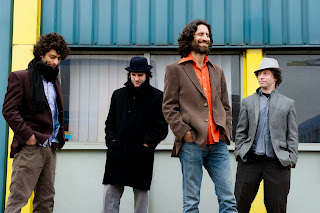 And as I always say:
Some nice concerts coming up, please check my agenda for all the data.